A Pharmaceutical Company Is Accused Of Starting An Opioid Scheme 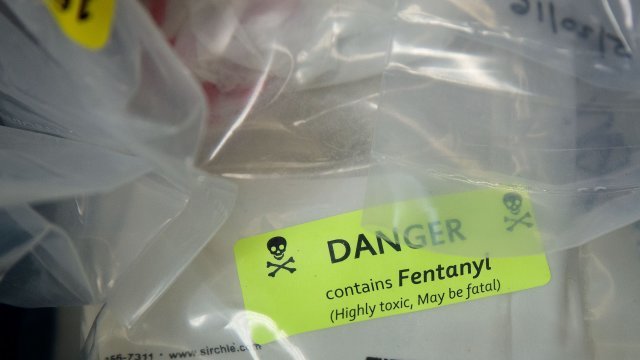 A pharmaceutical company founder was charged with illegally distributing a fentanyl product.

Prosecutors said the company was leading a "nationwide conspiracy" to profit from illegal distribution of its fentanyl-based product.

"These Insys executives allegedly fueled the opioid epidemic by paying doctors to needlessly prescribe an extremely dangerous and addictive form of fentanyl," said Phillip Coyne, special agent in charge for the Office of Inspector General of the U.S. Department of Health and Human Services. "Corporate executives intent on illegally driving up profits need to be aware they are now squarely in the sights of law enforcement."

The new unit, which Sessions called a "data analytics program," will "identify and prosecute" those who are "contributing to this opioid epidemic."

The drug is called Subsys, an under-the-tongue fentanyl product, which is FDA-approved for cancer patients who suffer severe pain despite already taking painkillers. Insys Therapeutics is accused of bribing doctors to prescribe it to patients who didn't need the powerful narcotic.

Cases against pharmaceutical companies for their part in the opioid crisis are more common, with states, cities and counties suing major companies for knowingly marketing addictive drugs with overdose risks.

Investigators said they'll continue to hold the pharmaceutical industry accountable for the opioid crisis, just as they would "the cartels or a street-level drug dealer."