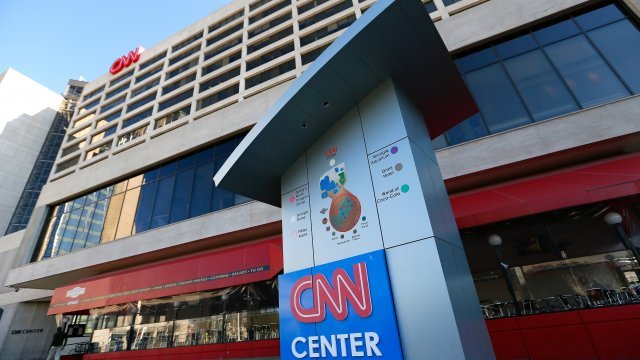 The network said the package was intercepted at a post office in Atlanta.

Days after a suspect was arrested, another suspicious package was intercepted Monday morning.

The package was addressed to CNN, and it was flagged at a post office in Atlanta.

In an email to employees, CNN President Jeff Zucker said all mail sent to the company's domestic offices is being screened off-site. So even if this package hadn't been spotted at the post office, it still wouldn't have made it to CNN's headquarters.

The envelope appeared to be the same as the others discovered last week. Those packages all contained pipe bombs and were sent to top Democrats and critics of President Donald Trump, including Hillary Clinton, former CIA Director John Brennan and U.S. Sen. Kamala Harris.

The 56-year-old suspected of mailing those packages made his first court appearance on Monday. He's facing five federal charges that are linked to 13 packages discovered last week, but additional charges are expected.