Antarctica May Have Hit A Record High Temperature — Again 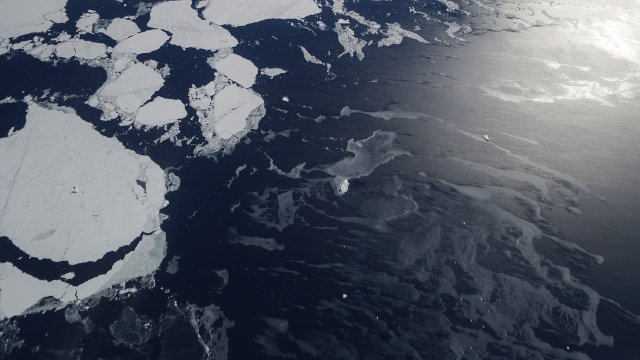 It could take up to nine months to verify whether the temperature broke a record.

Antarctica may have hit an all-time high temperature — again.

Last week, the continent recorded a temperature of 64.9 degrees Fahrenheit — potentially shattering the previous high of 63.5 degrees recorded in 2015.

But on Sunday, temperatures inched even higher, and Brazilian scientists recorded a whopping 69.4 degrees Fahrenheit. It's important to note these records reflect the temperature at a single location, not the entire continent.

Not all of Antarctica has experienced a warming trend in recent years. The warming tends to be localized to the western side of the continent. The World Meteorological Organization says the Antarctic Peninsula, which is that long tail coming off the northwest side of the continent, is one of the fastest-warming parts of the planet. An island off that peninsula is where the high temperature was recorded Sunday.

The record-breaking numbers haven't been confirmed yet by the WMO. NPR reports the verification process could take up to nine months.

The collapse, captured by satellite images, marked the first time in human history that the frigid region had an ice shelf collapse.

In 1914, Sir Ernest Shackleton set out on a British expedition to cross Antarctica. But in 1915, the ship got stuck and the crew abandoned it.

Understanding How Antarctica Is Melting

Scientists have found new vulnerabilities that are eroding Thwaites Glacier in Antarctica — which will have significant effects on global sea levels.