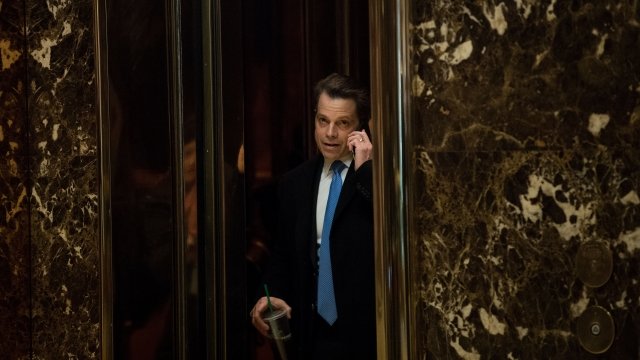 Scaramucci is replacing former communications director Mike Dubke, who resigned in May.

Scaramucci is replacing former director Mike Dubke, who resigned from the position in late May.

NBC reports Sean Spicer had been working as both White House press secretary and director of communications since then. Spicer resigned Friday.

Scaramucci is a big Republican fundraiser who joined Trump's presidential campaign in May 2016. Scaramucci also worked on Mitt Romney's 2012 attempt for the White House.

A role in the White House has been a long time coming for Scaramucci.

He sold his stake in his investment firm SkyBridge Capital earlier this year, when it looked like Trump was going to give him a White House liaison position. But he didn't end up getting the job.

Trump also considered naming Scaramucci as his U.S. ambassador to the Organization for Economic Cooperation and Development. He ultimately ended up taking on a senior role at the Export-Import Bank.