Addressing Anti-Asian Hatred In Schools As The School Year Begins 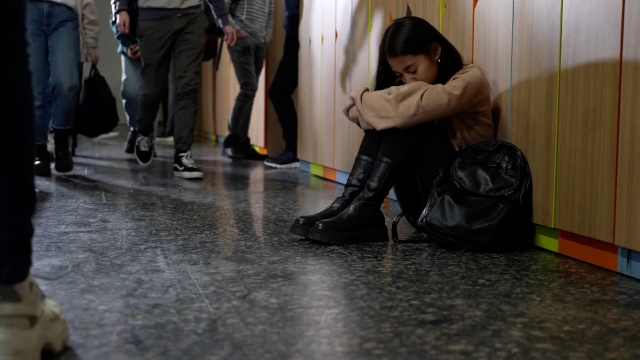 New Stop AAPI Hate report shows 9,000+ incidents since the start of the pandemic. About 10% of all incidents happen in schools.

"I had to do something, because if not me, who else?"says incoming college freshman, Stephanie Li.

As reports of anti-Asian incidents increased during the pandemic, Asian American students took it upon themselves to do something about it.

Jadyn Lontoc will be a high school senior this school year.  She says, "I felt like I needed to really do something. I couldn't just keep sitting at my home watching all of this happen in front of me."

Lontoc and Li joined the Stop AAPI Hate Youth Campaign to help collect data throughout the country in interviews with more than one thousand students.

Russell Jeung, co-founder of Stop AAPI Hate says, "about one in four experienced direct racism. School was the top site where they experienced that racism and that since the epidemic started there, mental health has declined."

Amid Asians being unfairly blamed for COVID’s rise from China, Jeung says the number of Asian American and Pacific Islander students who reported poor mental health doubled. He says there could be many factors: interrupted social lives, virtual learning, racism, or just worry about the safety of their families.

"My mom is returning to work, she feels unsafe on the streets, which is really never something she had a problem with because she's buying all these like pepper spray and these like defense kind of self defense tools. I just felt it was so heartbreaking," says Li.

The latest Stop AAPI Hate national report found over 9 thousand anti-Asian incidents from the start of the pandemic. As students prepare to go back to school, the study also showed that AAPI youths (17 years and under) reported about 10% of the incidents, and about 10% happened in schools and universities with verbal harassment and shunning making up the largest type of incidents.

"We want to alert faculty and staff to pay attention and to address the wellness of Asian American students at the moment," says Jeung.

For students like Lontoc who is looking forward to going back to school, she just wants her school to address anti-Asian hate or provide resources.

"Some people at my school have definitely directly experienced either racism or even hate online or hate in person. So just making a statement or addressing it rather than just staying silent on it is something that's significant to me," says Lontoc.