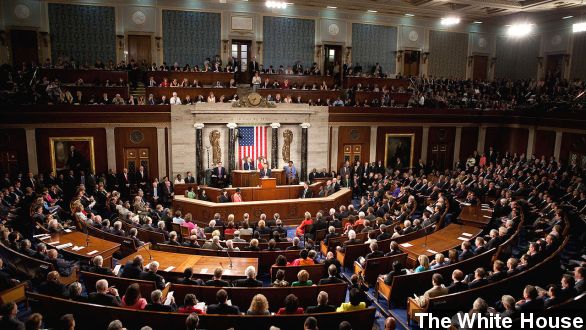 The U.S. House of Representatives has passed a bill that would cut down on frivolous or vague lawsuits brought by patent trolls.

The U.S. House of Representatives has passed a bill that would crack down on patent trolls — those patent holders that bring frivolous or vague infringement lawsuits with the intent of securing a settlement payout or licensing fees.

The Innovation Act, sponsored by Virginia Republican Bob Goodlatte, garnered widespread bipartisan support in the House, passing by a vote of 325 to 91. (Via the Electronic Frontier Foundation)

The idea is to make it easier and more affordable for defendants to actually respond to patent trolls in court, rather than opting for a licensing deal or a settlement simply because it's less expensive.

If it becomes law, the Innovation Act would raise the requirements to send infringement notices in the first place and would result in harsher penalties for any case filed and subsequently lost by a plaintiff. (Via The Verge)

Says Goodlatte: "The tens of billions of dollars spent on settlements and litigation expenses associated with abusive patent suits represent truly wasted capital. The patent system was never intended to be a playground for litigation extortion and frivolous claims." (Via CNET)

The bill does have its detractors. Some lawmakers are concerned with the chilling effect such legislation would have on small businesses or individual patent holders.

"We are cutting off the little guy's ability to protect their patent. This is a strategy set down by these big corporate interests to make trolls the issue and not patent rights the issue." (Via The Wall Street Journal, Flickr / Gage Skidmore)

And North Carolina Rep. Mel Watt says the Innovation Act would needlessly complicate patent procedure for everyone. Even legitimate patent cases would be harder to get through.

"We are imposing a burden on 80, 100 percent of the people in the patent litigation system. … Everybody is going to pay the price." (Via National Journal, C-SPAN)

The Innovation Act's next stop is the Senate Judiciary Committee, which is expected to convene for a patent reform hearing on Dec. 17.

Correction: A previous version of this video referred to the bill's sponsor as Bill Goodlatte instead of Bob Goodlatte. This video has been updated.