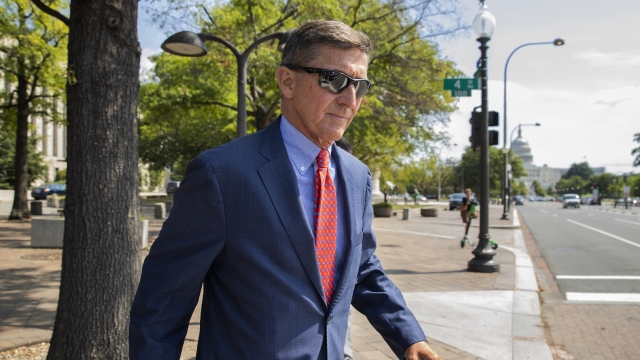 Flynn pleaded guilty to lying to the FBI about his contacts with the former Russian ambassador, but later retracted that plea.

An appeals court has shut down Michael Flynn's request to immediately drop his criminal case.

Back in May, the Justice Department moved to dismiss the charges against President Trump's former national security adviser. But a judge has been scrutinizing the decision.

Flynn pleaded guilty to lying to the FBI about his contacts with the former Russian ambassador, but later retracted that plea.

No comment from Flynn or the Justice Department just yet.