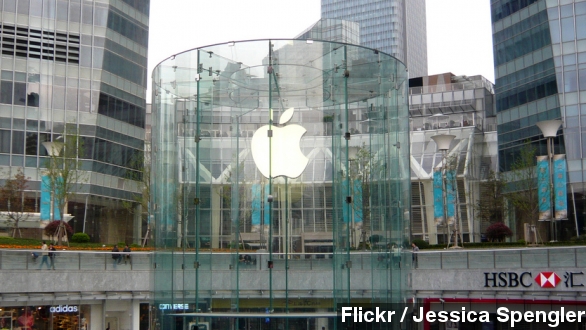 Apple announced Sunday it has signed a long-awaited distribution deal with China Mobile, introducing the iPhone to the world's largest mobile network.

But the deal is a huge boost for Apple, which now gets access to China Mobile's estimated 763 million customers. That's more than twice the population of the U.S. (Via BBC)

And Apple could use the access. The iPhone hasn't gained much traction in China, where the market is dominated by cheaper and more varied Android devices. The New York Times reports Apple is only the fifth largest player in the country's smartphone market.

Apple CEO Tim Cook lauded the deal in Sunday's announcement, saying "China is an extremely important market for Apple and our partnership with China Mobile presents us the opportunity to bring iPhone to the customers of the world's largest network."

The new deal has been a long time in the making: both companies have been negotiating a partnership for six years.

Rumors about the long-awaited agreement have been swirling since early December, after a source told The Wall Street Journal a final deal had been reached.