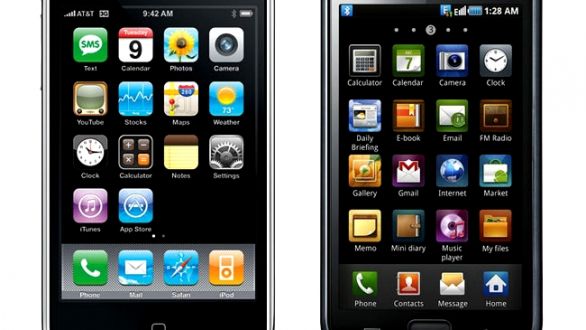 Apple was awarded $290 million after a partial retrial of its patent infringement lawsuit against Samsung.

​After three days of deliberations, a San Jose, Calif., jury reached a verdict in the partial retrial of Apple's lawsuit against Samsung. The South Korean company was ordered to pay Apple $290 million.

"Apple said it was owed $380 million; Samsung put the number around $52 million. … Now, just for background here, remember it was a year ago that a jury awarded Apple $1 billion." (Via CNBC)

But the judge then cut almost half the payout and ordered a partial retrial, stating the jury miscalculated damages. (Via BBC)

"Some of the older smartphones that were made before the iPhone came out by Samsung … Fast-forward to the later end of 2010, you can take a look here, they look exactly like the iPhone with a couple more buttons." (Via YouTube / AppFind)

Leading up to this most recent litigation, Samsung tried multiple times to halt the trial. Tuesday the company requested a mistrial, claiming Apple's attorney made racist comments during closing arguments. (Via CNET)

Then the very next day, it filed an emergency motion to stop the trial based on a earlier ruling by the U.S. Patent and Trademark Office rejecting one of Apple's patents. (Via CNN)

Neither motion worked, and Apple said the tactics "crossed the bounds of reason." (Via PCWorld)

There will most likely be an appeal by Samsung, which has argued that "Apple doesn't own beautiful and sexy."