Apple Is Turning Back To Samsung For iPhone Chips 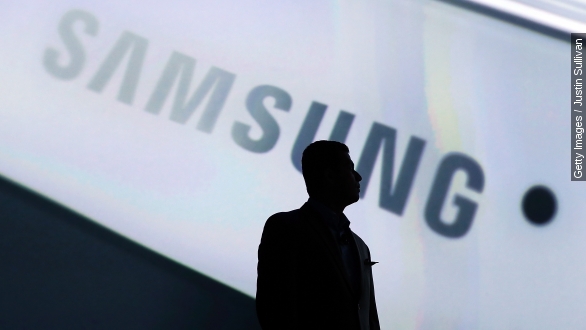 The Apple rumor mill says Samsung chips will appear in the next iPhone.

Samsung has won a deal to produce chips for the next iPhone.

Bloomberg reports the company will be making Apple A9 processor chips for the next iPhone - rumored to be an iPhone 6S.

This is the latest chapter in the ongoing saga of the love/hate relationship between Apple and Samsung.

Samsung used to produce chips for Apple. But the two companies have been embroiled in a series of lawsuits since 2011.

Both accuse each other of ripping off ideas for their smartphones and tablets, which are fierce competitors. (Video via The Telegraph)

"Apple holds a patent on rectangles with rounded corners ... which is why I'm giving a big tip of my hat to Apple for cornering the market on rounded corners," said Stephen Colbert.

Because of that tension, Apple turned to Taiwan Semiconductor Manufacturing Co. to produce the processing chips for the iPhone 6 and iPhone 6 Plus.

But in October, TSMC's founder told the Wall Street Journal it wasn't quite ready to produce the newest chips for Apple's phones, saying "TSMC would lose some orders to Samsung next year because of the lag, but we hope to recoup some of the lost businesses in 2016."

Apple coming back to Samsung for chips is pretty exciting news for the South Korean company.

Apple makes up about 7.6% of the global chip industry, second only to Samsung which makes up 9.4%. And last year, despite the tension, Samsung reported Apple was one of its top five customers.

If Apple sticks to its normal schedule for releases, we could see this new iPhone as soon as this fall.