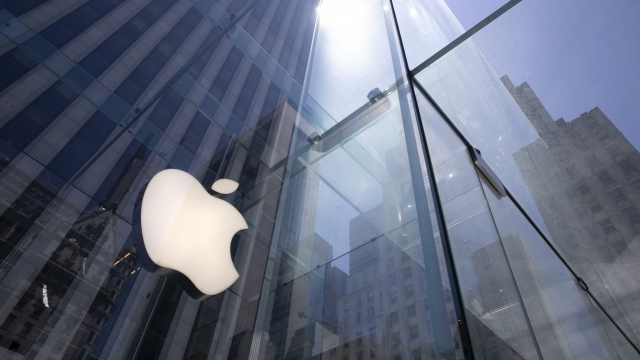 Apple became the first U.S. company to hit the $2 trillion value mark, thanks to the ongoing popularity of iPhones, iPads and other devices.

Apple is the first U.S. company to be worth $2 trillion.

It's now the most valuable company in the world. The tech leader recently passed oil giant Saudi Aramco's market value, which fell to about $1.82 trillion amid a drop in oil prices.

What's more, Apple’s competitors Amazon and Microsoft are billions of dollars behind. Apple was also the first U.S. company to reach $1 trillion just two years ago.

Even though stocks plunged amid the coronavirus pandemic, Apple's stock has increased by about 60% this year. Customers have continued to buy iPhones, iPads and other devices online while stuck at home for work, school and entertainment. Apple recently reported blowout earnings for the April-June quarter.

The company has an upcoming four-for-one stock split at the end of this month.