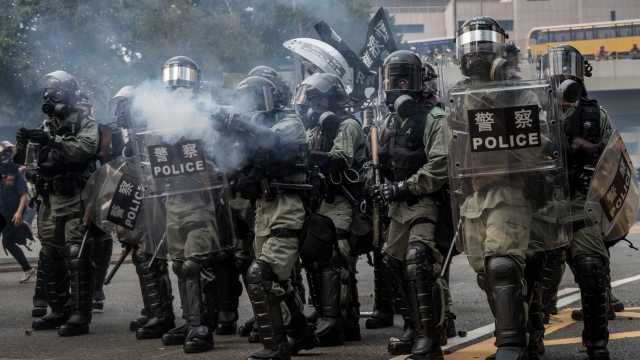 Apple said it investigated the app after it received complaints from "many concerned customers."

An app that Hong Kong protesters have been using to track police activity is no longer available in Apple's digital store.

The crowdsourced mapping app is called HKmap.live. Apple said it investigated the app after it received complaints from "many concerned customers." It noted Hong Kong officials had confirmed the app's been "used to target and ambush police, threaten public safety, and criminals have used it to victimize residents in areas where they know there is no law enforcement."

Apple removed the app after Chinese state media criticized the tech giant's recent decision to approve it as "unwise and reckless."

It's important to note that China is one of Apple's largest markets. The country generated almost $52 billion in sales for Apple in the 2018 fiscal year. And critics have long accused the company of complying with Chinese censorship since it does so much business there. Apple's denied those allegations, saying it's simply abiding by local laws.

Although Apple's app store no longer carries the Hong Kong tracking map, Reuters discovered that Apple users are still able to pull up a web version on their devices. The app also still works for those who previously downloaded it. As of Thursday morning, Google Play is continuing to offer the app to users.