Apple's New Emoji Don't Include A Redhead, But We're Getting A Zombie 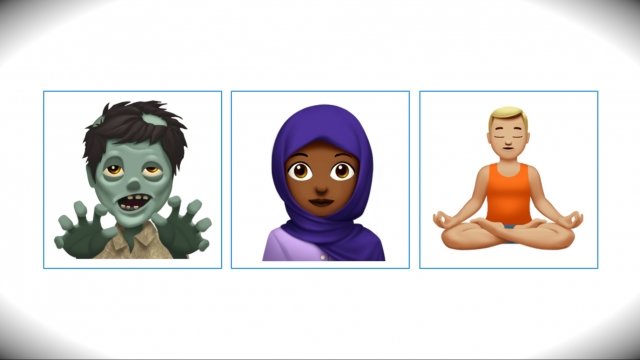 Two new icons generating the most buzz include a woman breast-feeding and a woman wearing a headscarf — but there are also some weird ones.

It's a good time to be an emoji-lover.

Later this year, Apple users can use a handful of new ones. Two new emoji generating the most buzz are a woman breastfeeding and a woman wearing a headscarf.

The group that creates codes for the icons accepted a Saudi teenager's proposal to design the latter.

This is Apple's latest stab at making its emoji collection more inclusive. Over the years, it's added LGBTQ icons, customizable emoji skin and hair colors and more sport and job options for women.

Other new Apple emoji are more playful — like a dinosaur, a zebra, an exploding head and even a vomit emoticon for those feeling especially queasy.

And for others dying for a zombie emoji, the wait is finally over. Better late than never.

Not an Apple user? Google is redesigning a bunch of its Android emoji, too. So use those blob faces while you can because they're going away when its Android O operating system arrives.

One emoji we're still waiting on? A freakin' redhead. Fingers crossed it can beat out werewolves in the next update.