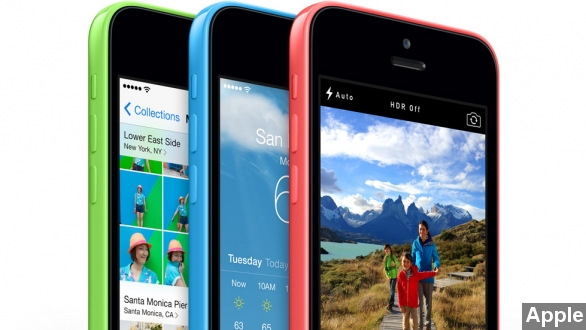 Apple is expected to begin in-store screen replacements for the iPhone 5s and 5c by the end of the year.

We've all been there: Accidentally drop your iPhone on the ground, and you're hoping the screen isn't shattered when you pick it back up because if it is, you're back to your 2005 flip phone for a while until it gets replaced. Well, now a cracked screen or other small repairs might not be such a big deal.

A report from 9to5Mac says Apple is getting ready to roll out in-store repairs for iPhone 5s and iPhone 5c devices. According to the report, Apple is sending stores special machines to help replace the iPhone screens for $149 per device — much less than the cost of a new phone.

AllThingsD confirmed the report and says the program is expected to start by the end of the year. Apple has yet to comment on it.

So now those broken screens aren't the end of the world. Previously, iPhone users needed to back up their data, if even salvagable at that point; send their devices to Apple; and patiently wait for a new one in the mail. (Via YouTube / Pineapple Repairs)

The screen replacement isn't all. Here are some other repairs you could see in stores.

The report states other parts of the iPhones, such as speakers, cameras, batteries and speaker systems, could be fixed, too, at various prices. (Via YouTube / iPhoneRepairMia)

Apple debuted the new iPhone 5c and 5s about a month ago. Sales of the new phones have helped Apple reach record levels in earnings, despite the 5c devices not flying off the shelves as fast. (Via Apple, Ars Technica)

However, the colorful 5c is now reportedly catching up to the more expensive 5s in sales. (Via VentureBeat)