Apple Watch Preorder Estimates Are A Good Sign For Wearables 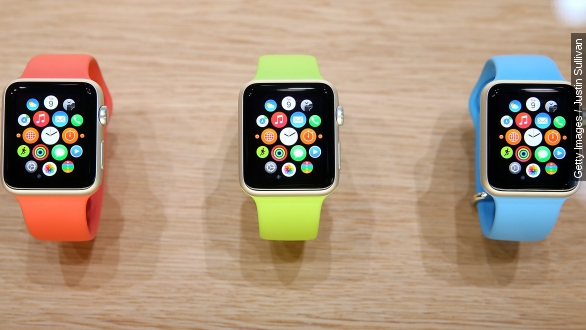 Apple Watch is already estimated to have hit 1 million preorders, which could be a good sign for the wearable industry.

Despite a hefty price tag and some middling reviews, Apple Watch is off to a strong start. Analysis firm Cowen and Company estimates that Apple Watch preorders reached around 1 million in its opening weekend.

These numbers don't come from Apple, so they are really only estimates until the company announces something official.

Regardless, they show a pretty optimistic future for Apple Watch. To put this 1 million number in perspective, it took Apple's first iPhone 74 days to reach that mark, and it took the iPad 28 days.

Preorders stayed strong despite news that Apple had run out of stock, which means many early adopters won't be getting their new toys until June or July.

For this go-around, the company decided to cut down on the massive crowds and people camping outside Apple stores that had pretty much become a staple of an Apple product launch. Instead, Apple made its device available online only and let people set up 15-minute in-store appointments to try out the device.

The Watch certainly isn't the only wearable on the market, but it is the first from Apple, meaning it comes with big expectations.

Apple's competitors haven't really broken into the mainstream smart watch market yet, and if Apple's watch gets a lot of good reviews, it could mean good things for the wearable industry.

But a successful Watch would likely mean bad news for traditional watches, as wearing something on your wrist that merely tells the time might seem outdated by comparison.