Arctic Warming Twice As Fast As Rest Of Planet 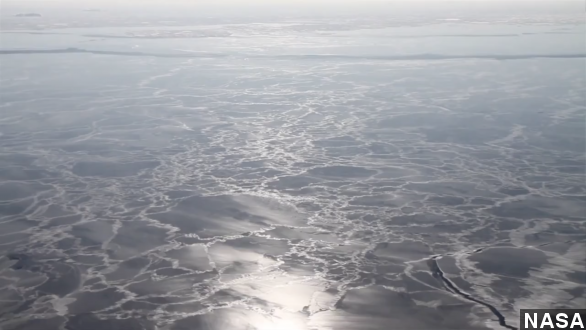 The Arctic is warming twice as fast as the rest of the planet, thanks in part to something called feedback.

NOAA has put out its annual Arctic Report Card, and the news is startling — Arctic air is warming twice as fast as the rest of the planet. (Video via NASA)

Part of the explanation is as the Arctic warms, it exposes itself to more factors that speed up warming, which is called feedback.

For example, the more the Arctic warms, the more snow and ice melts, and the more water is exposed. Water absorbs more energy from the sun than ice and snow, which reflect it, and therefore amplifies the warming. (Video via NASA)

NASA has been tracking the rate at which the Arctic absorbs that radiation and reports absorption in the summer months has increased by 5 percent since 2000. The increase for the rest of the planet? More or less zero. (Video via NASA)

And that's part of why the Arctic is warming twice as fast as the rest of the planet, which hasn't really been warming much at all during the last decade.

That pause, as it's popularly known, has been driven in part by ocean variability, as the world's deep oceans tend to feel the brunt of warming, which can disguise surface temperatures. (Video via National Oceanic and Atmospheric Administration)

Nature's climate sciences editor Michael White explained, "Probably the leading explanation to date is that there have been increases in ocean heat content in the deep oceans."

But that's not to downplay the precipitous rise in temperatures in the Arctic, because it does have very immediate and substantial consequences, especially for polar bears.

Earlier ice breakup in the spring and later freezing in the fall have both played a role in reducing the number of female polar bears in the Hudson Bay since the late '80s to just over 800 — down from close to 1,200 in 1987. (Video via National Geographic)

NOAA has put out its annual Arctic Report Card since 2006.