Are Honeybees Endangered? Scientists Can't Give A Definitive Answer 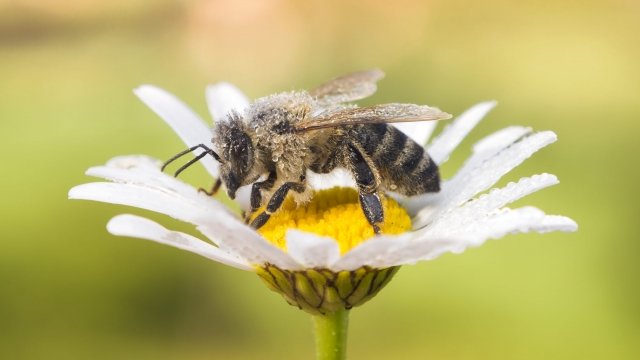 Oftentimes, researchers' data isn't reliable enough to estimate whether certain bee populations are on the decline.

The UN has named May 20 "World Bee Day," a day to remind everyone how vital bees are to the food supply and to fight the decline in bee populations around the world. But saving the bees won't be easy, in part because scientists aren't sure which bees are the most threatened and because saving one species may mean harming others.

Many bee species fall into a conservation category known as "data deficient." The tag is given out when scientists can't be certain they can accurately count the animals, or if a population's genes have changed so much through interbreeding that they may not even count as the same species anymore.

Of the 4,337 species native to North America, scientists can't say whether two-thirds of them are endangered. The European Union is a bit better, but more than half of its species are still "data deficient" as well.

One of the more popular bees with the label is actually the face of some conservation efforts — the Western honeybee — a domesticated species known for producing honey and pollinating food crops. It's also a species that may or may not be starting to die out. Since 2006, beekeepers have reported twice as many bees dying every winter, but given how often these bees escape or interbreed with wild bees, it's still not clear whether their overall numbers are declining.

That's a problem because efforts to preserve these domesticated bees could actually cause more problems for wild bees — and for our food supply at large. Kept hives sometimes compete directly with wild ones, like bumblebees. In the last 20 years, four of our natural species of bumblebees have declined to near-extinction levels, while three other species are believed to be gone.

Wild bees and other native insects are still responsible for most of our crops, with some studies showing 86 percent of all crop systems in the world depend on them. That's why some conservationists have suggested it may not be enough to preserve domesticated bees like the Western honeybee.

Meet the people — from TikTok stars to scientists — trying to save the bees.