Are Direct Cash Transfers To The Poor Improving Aid At All? 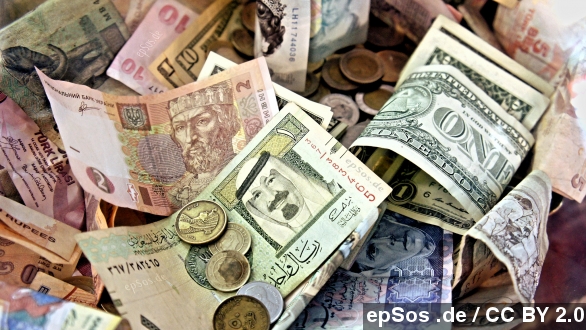 Giving money directly to the poor doesn't seem like a very revolutionary idea, but it's been getting a lot of attention lately. Is it merited?

Giving money to people in poverty might seem like an obvious idea, but it's rarely that simple.

The money tends to get to those in need indirectly, in the form of food, infrastructure and education, or it comes with a laundry list of conditions that have to be met to get the money. (Video via CARE)

But what about unconditional, direct cash transfers where donors give the money directly to the recipients, no strings attached?

Well, that's an idea that's gotten a good amount of press attention recently with organizations like GiveDirectly highlighted for doing just that — taking money from donors as directly as possible to recipients. (Video via Google)

JOY SUN VIA TED: "The more cash we give to the poor, and the more evidence we have that it works, the more we have to reconsider everything else we give. ... Today, the logic behind aid is too often, 'Will we do at least some good?'"

GiveDirectly has focused its efforts on Kenya because of the popularity of mobile banking there, which lets the organization transfer funds more directly with fewer risks of corruption. (Video via Africa Interactive)

A column on NPR argues despite the idea being "a big risk" and writing it "could be hugely naive," it seems to have worked so far and improved recipients' health.

But as with any idea that makes headlines, there's a risk of it being overhyped. Some are arguing the idea isn't "hugely naive," it's just ineffective.

Two analysts writing for the Stanford Social Innovation Review pointed out that even though the influx of cash is good for the recipients, it doesn't necessarily translate into a higher income over time.

"The excitement about unconditional cash transfers is perhaps more a reflection of the sorry state of development aid overall than of the real impact of the cash itself."

For its part, GiveDirectly argues its impact goes beyond return on donors' investment and its cash transfers are not the only solution to poverty.