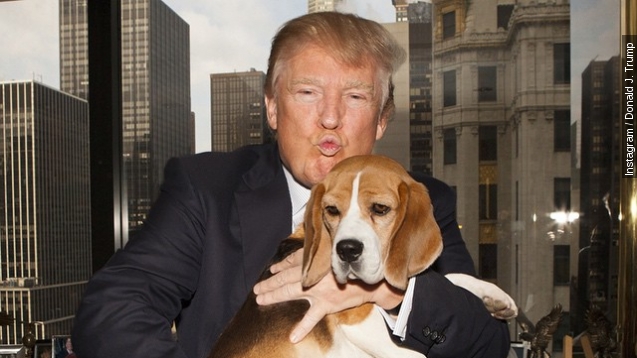 Donald Trump hasn't spent much on television ads. With Instagram and other social media platforms, he may not have to.

Donald Trump hasn't spent much on television ads. And why would he?

Candidates are using the social media platform — which boasts over 300 million active users — often as a way to show off their personal side, with a mix of photo ops, throwbacks and seemingly inspirational quotes.

But Trump has found another, more potent use: 15-second attack ads that get picked up and replayed for free on TV. It's an easy, relatively low-cost replacement for traditional television ads  ...

Jeb Bush and his super PAC have already burned $28 million on TV ads with little to show for it.

Perhaps partly because TV advertising isn't what it once was. Fewer and fewer people are tuning in to live TV and sitting through the commercials. (Video via Reagan-Bush '84)

To be sure, TV ad buys remain the biggest source of spending for most campaigns. But the focus is beginning to shift to digital advertising, where campaigns can more precisely target voters.

Instagram videos, in particular, have the added benefit of not being considered campaign ads by the Federal Election Commission. In other words, no need for that pesky little "paid for by" disclaimer.