Are Paper Books Better Than E-Books For Sleep Cycle? 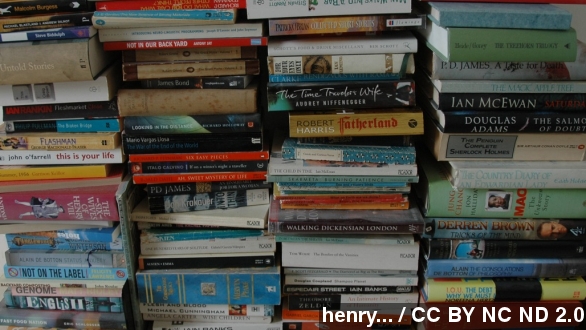 Consider this news a win for proponents of reading traditionally at bedtime — that is, off of paper, not an electronic tablet.

Researchers at Harvard Medical School released a study showing that participants who used light-emitting electronic books, or LE-eBooks, before bed had a harder time falling asleep and staying asleep.

The effects were even felt the next day, when participants who'd used LE-eBooks before bed were less alert.

Sleep deprivation is a widely studied issue as scientists try to determine the effects developing technologies have on our natural sleep-and-wake cycles. The worry is what happens when sleep gets short-circuited.

So how do LE-eBooks contribute to the problem?

It's all down to the type of light produced by the readers. It's blue, which has a wavelength that decreases the production of the sleep hormone melatonin in the body, among other problems. (Video via MSI Global)

Smartphones, other tablets and devices with LED lighting all commonly use blue light as well. (Video via Discovery)

Around 30 million e-readers have been sold worldwide this year, according to Statista, which potentially means millions of hours of lost sleep for avid bedtime readers.

Experts say reading before bed is one of the things that "most successful people do," according to Business Insider. It relaxes your mind and invigorates you for the next day.

So what to do if you love your LE-eBook reader and don't want to turn back to traditional printed books?

Stick with the original Kindle by Amazon. It uses "electronic paper" technology, which does not emit light, but instead reflects outside lighting in the way that natural paper does. (Video via YouTube / The eBook Reader)