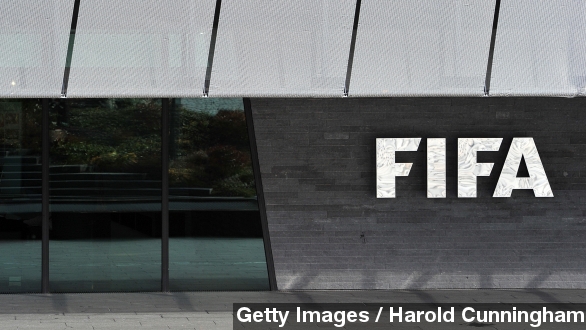 After increasingly bad press over the last couple of months, it looks like FIFA might actually start feeling the backlash over its perceived corruption where it hurts — in its bank accounts.

Sony has reportedly pulled its sponsorship of FIFA's World Cup soccer by deciding not to renew the company's partnership with the soccer world governing body. (Video via Sony)

This news comes after another of FIFA's six partners from the last World Cup — Emirates airline — similarly decided not to extend its contract past its expiration this year. (Video via Emirates)

The airline said that decision was made in light of FIFA's contract proposal, but that hasn't stopped outlets from picking it up as a reflection of FIFA's increasingly negative image.

It all stems from anger over a report FIFA's ethics committee chair Hans-Joachim Eckert submitted about bidding for the 2018 and 2022 World Cups that essentially cleared respective hosts Russia and Qatar of wrongdoing. (Video via SPOX)

The Sunday Times reported over the weekend Coca-Cola, one of FIFA's biggest sponsors, criticized FIFA's corruption investigation as "disappointing."

That report, coupled with FIFA's decision to not publicly release the full investigation it commissioned into the bidding process has led to increasing talk about the possibility of a World Cup boycott.

The managing director of Germany's football league became the highest ranking official to call for considering such action, telling a German newspaper a European boycott could ruin the World Cup. (Video via Der Spiegel)

A lot of criticism has also stemmed from alleged human rights abuses in Qatar's preparation for the 2022 tournament, as more than 1,000 migrant workers have died on construction projects there since 2012. (Video via The Guardian)

Sony has yet to officially confirm the decision to not renew its contract with FIFA.