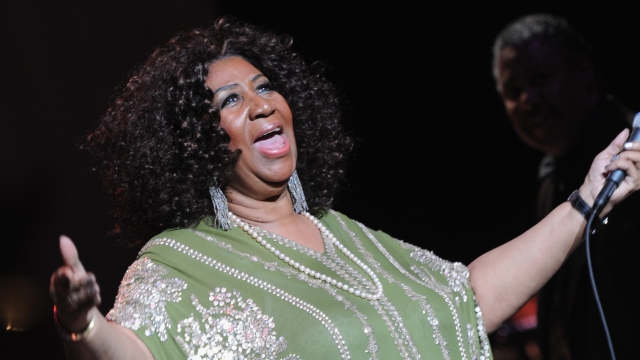 She may be gone, but Aretha Franklin is still making history. On Monday, the Queen of Soul was awarded a Pulitzer Prize Special Citation.

"For her indelible contribution to American music and culture for more than five decades," said Pulitzer Prize Administer Dana Canedy.

Franklin is the first woman to be awarded a special citation prize since it was added in 1930.

Her niece, Sabrina Owens, told the AP, "Aretha continues to bless us with her music and just paving the way for women going forward. It’s thrilling. She would be so happy right now."

It's just another achievement for the legendary artist. She was a Kennedy Center honoree, was awarded the Presidential Medal of Freedom, and in 1987 became the first woman inducted into the Rock and Roll Hall of Fame.

During her decades-long singing career, Franklin recorded hit after hit, including "Respect," "Chain of Fools" and "I Say a Little Prayer." She died in Aug. 2018 at the age of 76 from pancreatic cancer.