Argentina Is Cutting Government Ministries To Stabilize Its Economy 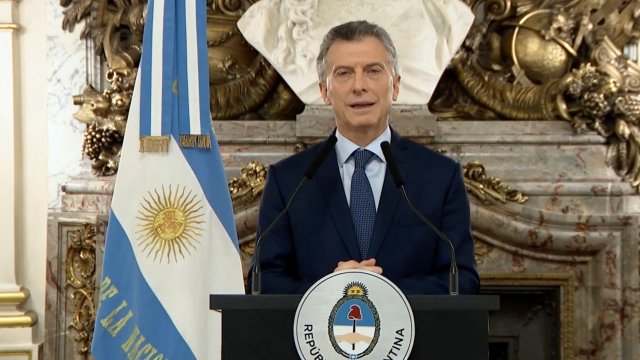 Inflation, drought and a massive sell-off of Argentine assets have added to the country's worsening economic crisis.

Argentina's president announced he would cut around half of his government's ministries and reimpose export taxes in attempt to balance the nation's budget.

President Mauricio Macri made the announcement Monday. The country's central bank recently hiked interest rates to 60 percent, reportedly the highest in the world, in an effort to stabilize the peso.

Earlier this year, the International Monetary Fund agreed to a $50 billion relief package for Argentina over three years. Now, Argentine officials want to get those funds sooner.

Inflation, drought and a massive sell-off of Argentine assets added to the country's worsening economic crisis. Macri says his new plan will reduce or even eliminate the country's deficit by 2019.