The City Of Manchester Is Making Ariana Grande An Honorary Citizen 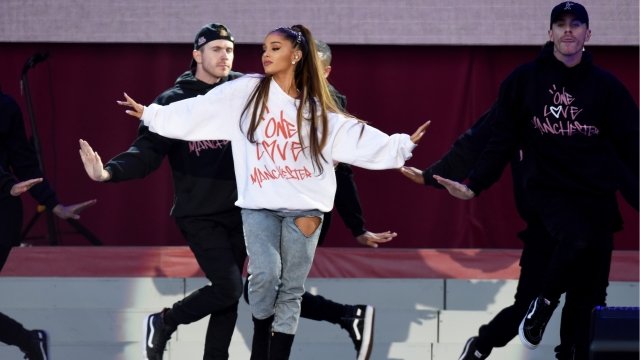 Manchester, England, voted to make the pop star its first-ever honorary citizen for what she did after the attack at her May concert.

The city of Manchester, England, wants to thank Ariana Grande by making her an honorary citizen.

After a suicide bomber attacked her concert there in May, the leader of the city council said, "It would have been understandable if she never wanted to see this place again."

But instead, the council noted, Grande vowed not to perform again until she'd taken the stage in Manchester once more.

She returned less than two weeks after the attack to visit victims in a children’s hospital.

Police suspect more people could have been involved in plotting the May attack at an Ariana Grande concert.

And she lead a star-studded benefit concert that raised millions of dollars for victims and their families.