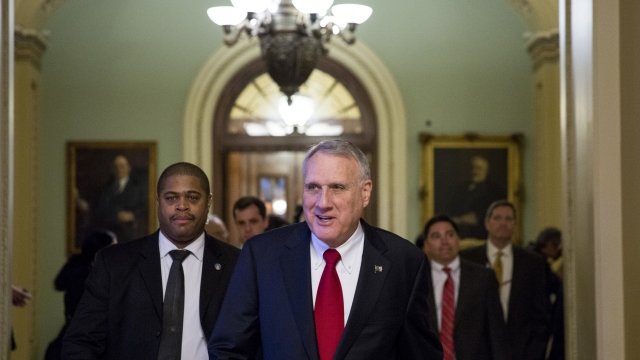 Jon Kyl served as an Arizona senator for nearly 20 years and has served alongside McCain.

Gov. Doug Ducey said Kyl will serve at least until the end of the year.  Kyl said he would not seek reelection to the seat in 2020. If Kyl decides not to remain in Congress in 2019, Ducey will have to make another appointment.

Kyl was an Arizona senator for nearly 20 years and served alongside McCain for his entire tenure. Ducey reportedly chose Kyl because he's considered a strong Republican leader and is seen as being in step with McCain's so-called "maverick" political thinking.

Kyl's appointment will give Republicans back their 51-49 majority in the Senate just ahead of the confirmation vote for Supreme Court nominee Brett Kavanaugh.