With Signed Budget, Arizona Teachers Will Go Back To School Friday 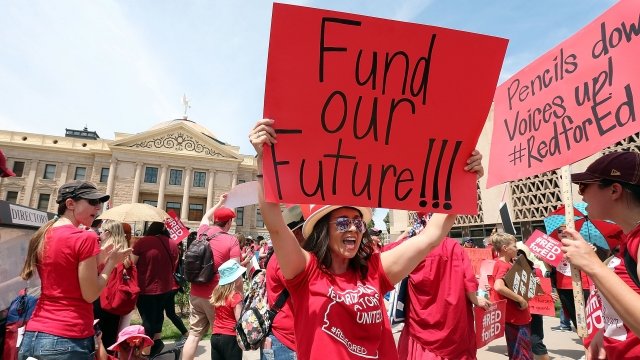 Arizona teachers promised to go back to school if the budget deal was passed, and they're keeping their word.

The organizers of Arizona's teacher walkout are heading back to the classroom, ending the six-day strike.

The announcement comes after Arizona's governor signed part of a budget plan that will increase teachers' salaries by nearly 20 percent over the next three years.

Gov. Doug Ducey signed the bit of legislation early Thursday as lawmakers continued to debate other sections of the $10.4 billion spending plan.

Under the deal, teachers will get a 10 percent pay increase this year and 5 percent more in each of the next two years. Those raises will cost about $300 million this year alone.