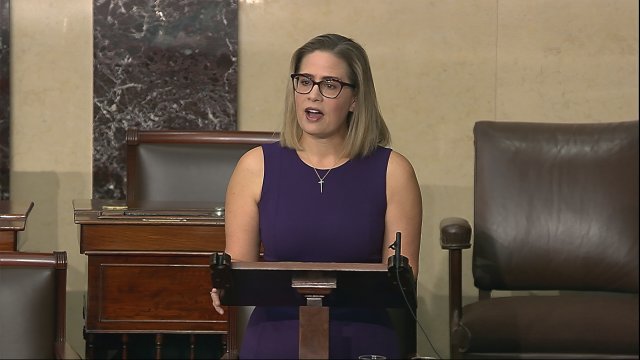 Senators Kyrsten Sinema and Joe Manchin are not backing down on the filibuster, likely crushing President Biden's hopes of passing voting rights bill.

Negotiations will continue Friday, as democrats try to get enough support to reform the senate filibuster and pass voting rights legislation.

"It's about election subversion not just whether or not people get to vote. Who counts the vote? That's what this about. That's what makes this so different than anything else we've ever done," President Biden asserted.

Standing in the way is Arizona senator Kyrsten Sinema. Sinema renewed her support for the voting rights legislation, but she will not change her mind on changing the filibuster.

"These bills help treat the symptoms of the disease. But they do not fully address it. And while I continue to support these bills, I will not support separate actions that worsen the underlying disease of division infecting our country," Sinema stated.

Among Arizona democrats, Sinema's decision was greeted with disappointment.

"Arizonans are really counting on her for her vote to do whatever is takes to protect our right to vote and having our voices heard," said Aaron Scherb, Common Cause's Director of Legislative Affairs.

As long as Sinema and West Virginia Senator Joe Manchin say "No" on the filibuster, the legislation appears doomed to failure.