Arkansas Governor On Flying Cars And A Potential Presidential Run 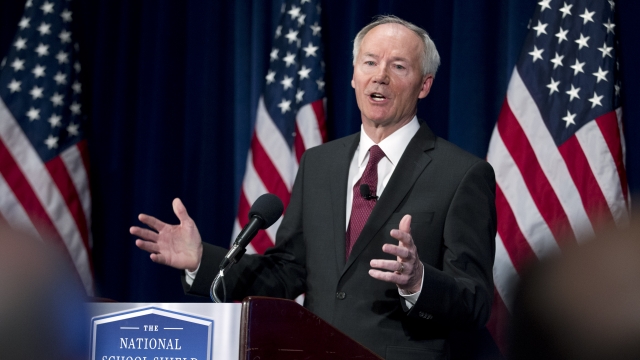 With innovation top of mind, Gov. Asa Hutchinson is launching an initiative for flying cars, and he also says he's not ruling out a presidential run.

Flying cars in America is not some sci-fi fantasy, but an actual reality the state of Arkansas sees in its future.

On Tuesday, Gov. Asa Hutchinson announced the creation of the Arkansas Council on Future Mobility, all in an effort to become one of the next global giants in transportation through innovation and technology.

"We're off to a great start, we have a history in transportation leadership, but now with supply chain issues, with the needs being great, with Walmart's presence here in Arkansas, we can look to the future," Hutchinson told Newsy.

"We're already utilizing autonomous vehicles in delivery from the warehouse to the retail store. Drone delivery is being piloted. And so, the opportunities are extraordinary. We have an electric vehicle manufacturing company that will be relocating its headquarters in Arkansas, so the future is bright. The opportunities are there. And if we're not ahead of the curve, then we're going to fall behind as a country — but Arkansas is a unique position to lead," Hutchinson continued.

With forward-thinking top of mind, the Arkansas governor also said he is not ruling out a run for president

"It's not ruled out. We'll see where that leads," said Hutchinson. "We've got to concentrate on this year's election. But I want to be engaged in the debate. I'm concerned about the direction of the country. So when I leave office as governor, I'm not ruling it out ... We'll see where that leads and whether these type of ideas can take off in America and they like this innovative leadership and thought leadership."