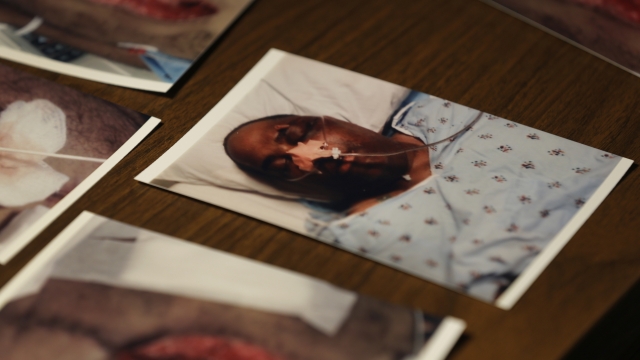 Lawyers for former Army major sentenced to death for a 2009 massacre argued he didn't get a fair trial on the fort where he killed 13 people.

Attorneys for a former army psychiatrist who has been on Death Row for over a decade for killing 13 people during a shooting rampage on Fort Hood have requested a sentencing retrial.

John Potter, one of former Army Major Nidal Hasan’s attorneys, stood before three judges and argued his client had a “sham of a trial” before being convicted of 13 counts of murder and 32 counts of premeditated murder for the 2009 shootings.

Only 14 people were allowed to witness the proceedings…. of those people? Alonzo Lunsford….. He said he was shot 7 times.

"It is my last dying breath I would still use it to save the people that were inside," Alonzo Lunsford said.

Potter argued Hasan never had a psychological evaluation and was not competent to represent himself when he was tried in 2013. He also said that Hasan broke the law by pleading guilty — a violation of the uniform code of military justice. Potter added that two panel members at the trial may have been biased and that there should have been a change of venue away from the fort for safety and fairness reasons.

But government lawyers responded that Hasan was found competent and the judge spoke to each panel member and found they could judge the case without prejudice. The government also argued that there was no need for a change of venue because all panel members were not from Fort Hood, nor were they on the installation when the shooting occurred.

He said he did not feel swift justice has been served. And he remembers how far he has come since that tragic day.

"I will sit down and I agreed with the right hand of fellowship and our grip is hanging tight. And when he tries to move his hand I will not let go. And I will maintain that grip and let him know when I leave from out of this cell, this meeting room, I can go where I want to go. When I want to go. How I want to go. At my pleasure, my leisure.

The judges listened to over two hours of arguments from the defense and government appellant counsels. They said they will review all the information that was provided in order to determine if Nidal Hasan indeed deserves a sentencing retrial.