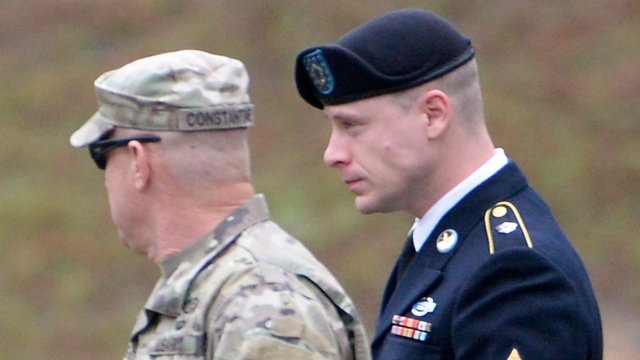 A military judge at Fort Bragg in North Carolina was set to hear the case Monday before it was rescheduled.

A military judge at Fort Bragg in North Carolina was set to hear the case Monday. Some news outlets reported a lawyer's family emergency pushed it back until Wednesday.

But other outlets, including NBC, said the delay came after Bergdahl's attorneys filed a motion to dismiss the case, following what President Donald Trump publicly said about their client.

"He's a traitor, a no-good traitor who should have been executed," Trump said.

Trump: Bowe Bergdahl Should Have Been Executed

At a campaign rally in Las Vegas, Donald Trump called Sgt. Bowe Bergdahl "a traitor" and said he should have been executed.

Trump told reporters at a news conference last week he couldn't say anything more about Bergdahl's case but added this:

"I think people have heard my comments in the past," Trump said.

The Taliban captured Bergdahl after he walked off base in Afghanistan in June 2009. He was freed in May 2014 when then-President Barack Obama negotiated his release in exchange for five Guantanamo Bay detainees.

Earlier this month, Bergdahl pleaded guilty to desertion and misbehavior before the enemy. The desertion charge carries a potential five-year sentence, while the misbehavior charge is punishable by life in prison.