The World Lost A Huge Chunk Of Its Forests In 2015 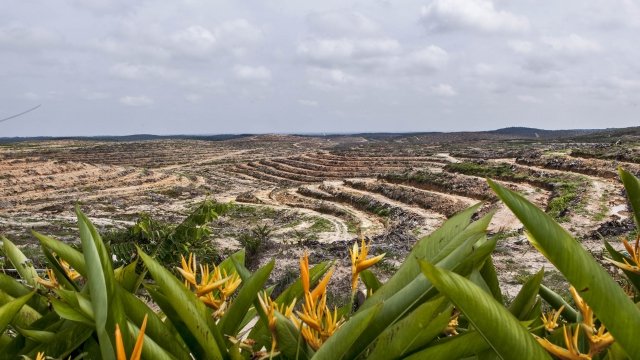 The world lost around 49 million acres of forest in 2015, according to new data from Global Forest Watch.

A lot of those losses happened in the tropics, especially in Papua New Guinea and West Africa.

West Africa is especially vulnerable to deforestation due to its palm oil plantations. Sierra Leone saw a 12-fold increase in deforestation compared to 2001.

And Papua New Guinea saw a 70 percent increase in tree cover loss because of palm oil plantations and logging.

How Do You Stop Deforestation? Pay People Not To Cut Down Trees

Palm oil is used in everything from food to lipstick to biodiesel fuel.

But it wasn't just the tropics that saw massive deforestation. Canada, the U.S. and Russia lost the most forest cover in 2015.

The causes are a bit different though. Logging, wildfires and pests were the main causes in those three countries.

The report did have some good news: Tree cover loss in Colombia slowed in 2015. But that trend might already be reversing.