Arrest In 1996 Murder Could Free Man Jailed For The Crime 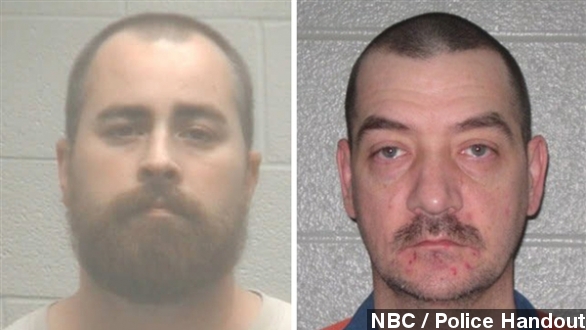 New DNA evidence uncovered in a years old murder case has cast doubt on the guilt of the man serving a life sentence in prison for the crime.

New DNA evidence uncovered in connection with a 17-year-old murder case in Michigan has cast doubt on the guilt of the man serving a life sentence in prison for the crime.

Sixty-eight-year-old widow Geraldine Montgomery was found raped and murdered outside her Kalkaska home back in 1996. (Via WPBN)

According to police, someone broke into the house, beat and raped her, then locked her in the trunk of her running car and left her to breathe in the deadly fumes. Investigators immediately zeroed in on Jamie Peterson as the main suspect.

The 23-year-old was already in jail on a sex charge and had a long history of mental illness. He confessed to the slaying, then tried to take it back, but was convicted and sentenced to life behind bars. (Via The Grand Rapids Press)

Now, years later, Michigan State Police have a different suspect in custody who they say they believe is the man who actually killed Montgomery.

“Police always thought there was another person involved. Now, thanks to new DNA technology, police were able to connect Jason Ryan to the crime.”​ (Via WFQX)

According to NBC, 35-year-old Ryan was arrested on first-degree murder and first-degree criminal sexual conduct charges after a DNA test on semen found at the scene matched his profile from a national database. (Via NBC)

During the original investigation, police interviewed dozens of people and Ryan was among them, but police ruled him out as a suspect after he passed a polygraph test. (Via WEYI)

He also reportedly provided a DNA sample at the time that was never tested. (Via WWTV)

Lawyers for Peterson are working with legal teams from the University of Michigan’s Innocence Clinic to file a motion for a new trial.