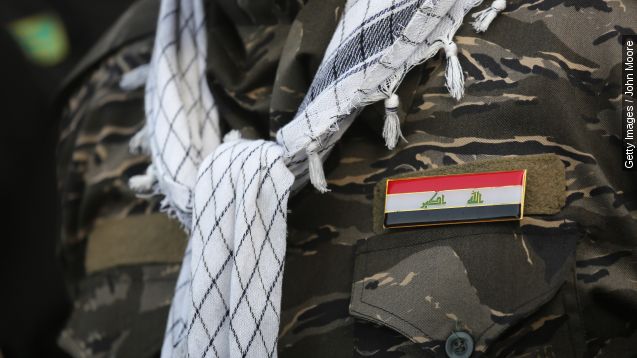 ISIS is losing its grip on the Iraqi city of Ramadi, but will Shia militias, which are part of the liberation effort, be a problem?

Iraq's army is trying to push ISIS out of Ramadi, a key city in eastern Iraq.

While the forces taking Ramadi are supposed to be U.S.-trained Iraqi soldiers, as Newsweek's Jeff Stein points out, there's evidence that Shia militias are playing a large part in the liberation campaign.

Those forces are a potent military asset against ISIS, but the militias have also been accused of stirring sectarianism.

A recent example of this is Tikrit, a Sunni-dominated city that was freed from ISIS earlier this year by a mix of Iraqi Security Forces and Shia militias. (Video via Alghadeer TV)

While it's certainly a good thing when ISIS loses ground, reports of looting, lynching and general lawlessness from Shia militias followed its liberation.

This isn't helpful in the fight against ISIS. The civilians who hadn't fled went from living under ISIS' brutal rule to facing discrimination from Shia militias.

Keep this in mind as Iraq forces try to retake Ramadi, another largely Sunni city. If Shia militias are a large part of the assault teams, the city could face the same abuses of Tikrit.