Asking For A Friend: How Do Friends And Family React To Polyamory? 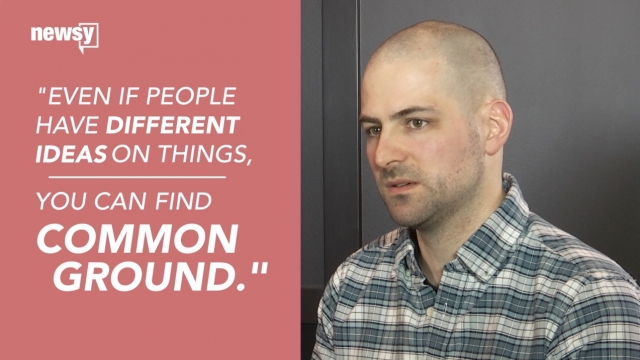 Having multiple spouses and partners makes some susceptible to harsh criticism. Newsy's Cody LaGrow asks a polyamorous unit about what they've faced.

Polyamory isn't a conventional way of life, and those who practice polyamory are susceptible to prejudice.

Josie: "We do walk down the street sometimes and wonder what people guess we are. And Adam said, 'I bet none of them get it right.' There are things with family. They come up. It's not nonexistent. If we travel together, we have to be conscientious of what we're doing and where. I know for some poly families, especially for those who are in remote rural areas, or super-conservative areas, the answer to this question would be super-different."

Cody: If it were more mainstream, how would your life change?

Adam: "More family acceptance. More friends who aren't practicing it. More acceptance there. More possibilities to not be mislabeled."

Josie: "There are a lot of little things that come up, like wedding invites with a plus one. And you have to pick one. Just little things like that are not even necessarily prejudice, but the world is built for couples."

Cody: Have you ever been excluded from something because of polyamory?

Adam: "I've had issues with friends that I grew up with that drifted away for no reason."

Cody: Better for it or are you kind of jaded?

Adam: "I don’t know. I think I had really strong bonds to them. And I think I'm of the opinion that even if people have different ideas on things, you can find common ground. It seems like they were more religious, and it seemed like I was crossing a barrier for them. And I still wanted to accept them and their religious beliefs, but it didn't seem like they could respect mine."

Cody: How did your parents react?

Josie: "It's been challenging."

Caroline: "I told my parents maybe three years ago, and our relationship hasn't been the same since. It's very difficult."

Caroline: "In some ways. They still love me. But they don't love that part of me. It's something that they'll never understand, probably, and there is a certain level of feeling rejected."