Asking For A Friend: How Do You Find Others Interested In Polyamory? 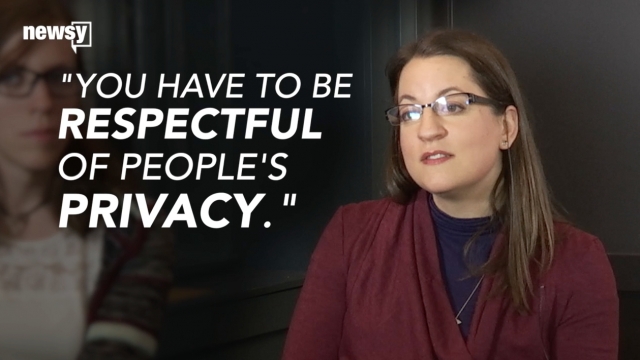 Meeting other people who practice polyamory takes a certain skill set. Newsy's Cody LaGrow asks a polyamorous unit how they go about dating.

Polyamory involves navigating uncharted seas, and finding other like-minded people isn't easy for those searching for multiple partners. Newsy's Cody LaGrow asked Caroline, Josie and Adam how they seek out other people who practice polyamory.

Newsy's Cody LaGrow: How do you meet other people who are interested in polyamory? Is there a caucus process? Do you need enough delegates?

Caroline: "I don't know. Maybe there should be."

Cody: Do you guys hang out at bars?

Adam: "It's really the same thing, except you go to a certain place. So it's either OkCupid, and you use the keywords to get down to the polyamorous people."

Cody: When you say "keywords," what do you mean?

Caroline: "You can filter it to where you're looking for a relationship, but also in a relationship. Which is also sort of a key."

Josie: "Caroline and I are two of the five organizers of one of the local meet-ups. We meet at a bar one night a month. We get 80 to 100 people — all come, some are the same people, some are new."

Cody: When people hear this, I often think it's like a key party, or it's swingers night. It's not like that?

Josie: "We have really explicit rules around how to approach people, around asking for consent, around nothing sexual happening in that room."

Caroline: "Yeah, that's a good idea. There are a lot of people who are polyamorous and keep it under wraps. They don't want it to be public and out there and all over the place, so you have to be respectful of people's privacy."

Cody: Are you guys a closed unit?

Cody: So that means anyone can go out into the polyamorous seas and start fishing?

Cody: So Adam, how many people do you consider to be a partner?

Cody: Who are the other two?

Cody: Are you just involved with the girlfriend?

Josie: "Yes. Not with her husband. I just started seeing another girl as well. It is hard to bring in a new person, though. If you're dating monogamously, you have models on television and in books. You see a million different ways you can do it. We have so few models to look to as 'here's a good way to do this.'"

Josie: "Right? We are making it up in a lot of ways. Like inventing the wheel. You try to bring someone in in a way that's respectful of everybody, including the new person. You start dating a new person and they're going to have feelings about how that happens too."