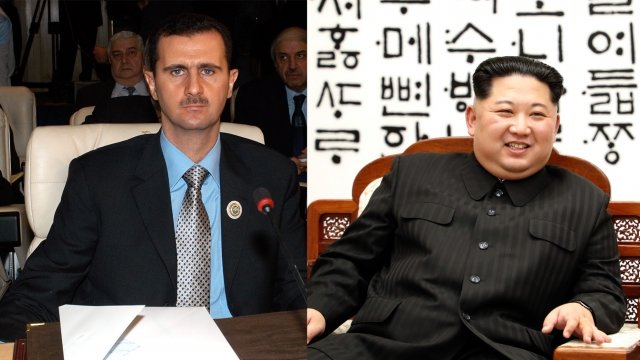 The two countries have a history of international sanctions due to human rights abuses and weapons programs.

Syrian President Bashar al-Assad and North Korean leader Kim Jong-un plan to meet in North Korea for a summit, according to the North's state-run news agency.

Kim has frequently praised and supported Assad. The meeting, if it happens, will be the first time Kim has hosted a world leader since coming to power in 2011.

Syria and North Korea have both been the targets of international sanctions due to human rights abuses and weapons programs. But their relationship goes back decades.

President Trump announced he'll meet with Kim Jong-un after all. The two leaders will meet in Singapore.

Each opened embassies in the other country back in the 1960s. Multiple reports say that since then, the North has had a small military presence in Syria and that the two countries have shared military resources.

The North's Korean Central News Agency didn't announce a date for the Assad-Kim summit, and CNN reports Syrian state media has not commented on the visit yet.