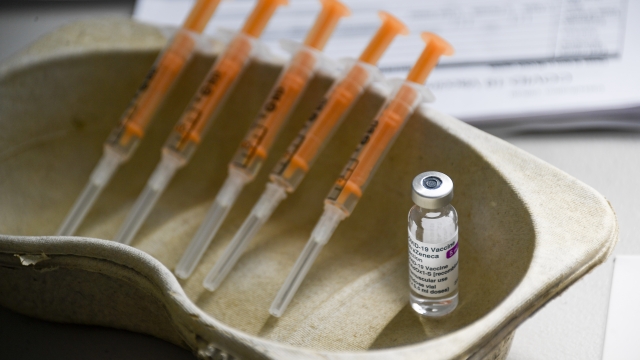 The shot is already approved in many countries outside the U.S..

The shot is already approved in many countries outside the U.S. And we can expect the company to request emergency authorization here in the coming weeks.

European health officials said there was no link between the vaccine and those incidents and say it is safe to use. But a new poll shows that the damage is already done.

In France, 61% said they feel the AstraZeneca vaccine is unsafe. More than 50% said the same in Germany and Spain. And 43% of Italians also said they thought it was unsafe. Those numbers are all up since last month.

Again, we want to stress health officials reviewed the vaccine and said was safe and not linked to blood clots.