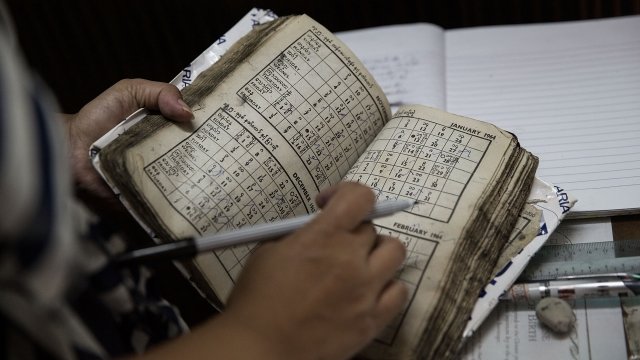 A group of astrologers is taking a new look at the history behind today's horoscopes.

Horoscopes sell magazines. They promise answers and insights to life's inscrutables. They're entertaining. Who wouldn't turn to Miss Cleo in their darkest hour?

Fortunetelling has long been derided as more frivolous psychobabble than meaningful insight. That could be changing, at least in astrology.

A group of astrologers focused on history and language are giving the origins of their craft a hard, second look. It's called Project Hindsight. Their focus? Hellenistic astrology.

What the Hellenism does that mean? The site explains that today's astrology actually "developed in Egypt and the surrounding Mediterranean area after the Alexandrian conquest and persisted through the Roman period."

How To 'Listen' To The Eerie Sounds Of Space

When you turn radio waves into sound waves, you can hear the otherworldly howling coming from every corner of the cosmos.

Turns out the scrolls containing the seeds of astrological practice, penned about 2000 years ago, had to be translated from ancient writings to modern English.

Here's what we found out, writes Quartz: "For over 16 centuries, we haven’t really known what ancient astrologers wanted us to practice. These texts come from the same scientists who produced the first analog computer and principles of geometry that we still use today. Modern astrology may be overrun with mushy hocus pocus thanks to conflations with psychology."

In other words, the ancients treated this more rigorously and scientifically.

Four big takeaways from Project Hindsight, and make of them what you will:

1. The cosmos is a living animal, with a body and soul.

2. That cosmic soul has a rational consciousness that knows what human beings will experience in the future.

3. Celestial phenomena like stars moving is an outward expression of that cosmic consciousness, just like our face smiles when we’re happy.

4. An astrologer's role is to divine the thoughts of the cosmos and apply them to the individual.

Two millennia ago, these astrologer/astronomers tried to merge all that metaphysical data visible in the sky with meaningful insights here on Earth. It wasn't splashy. Wasn't trashy. Then again, we have no clue how accurate it was, either.