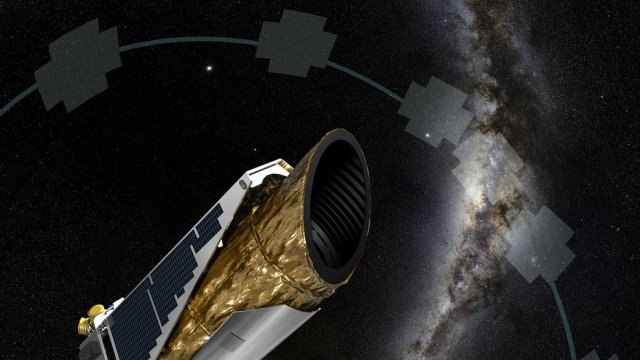 Around 3,600 exoplanets have been found since the first one was discovered in 1995. On Thursday, astronomers published a study and added nearly 100 new planets to that count.

Nearby Exoplanets Appear To Be Pretty Rich In Water

The planets were discovered just last year, but they're already the second-most studied star system out there after our own.

The planets range in size from super-Earths to Jupiter-sized giants. And one of them is orbiting a very bright star — the brightest star Kepler has ever seen with an orbiting planet.

All of these findings add to scientists' understanding of exoplanets, which in turn helps us better understand our solar system and its place in the universe.