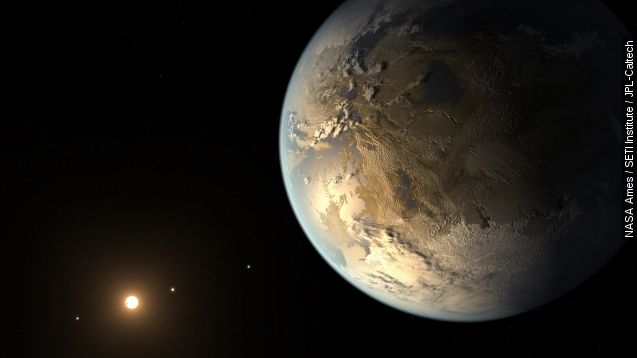 Researchers can now measure the surface gravity of distant stars to help determine if the planets in their orbit have life-supporting conditions.

It's a question scientists have been trying to crack for years: How can we tell if a planet is able to sustain life? Well, a team of astrophysicists recently developed a new tool to help find the answer. (Video via NASA)

The team, led by a researcher at the University of Vienna, devised a way to measure the surface gravity of distant stars to help determine if the planets in their orbit have life-supporting conditions.

Now, determining whether a planet can harbor life depends on the properties of the star that it orbits. (Video via NASA)

And for stars that are too far away to study using conventional methods, knowing their surface gravity is crucial in determining those properties, including its size, energy output and the size of the planets that orbit it.

So, how exactly do you determine a star's gravitational pull? The team used data of star brightness from Canada's MOST and NASA's Kepler satellites. (Video via NASA)

The researchers say they hope this new technique will help other astrophysicists correctly characterize the planets they find in the future. You can check out their findings in detail in the journal Science Advances.