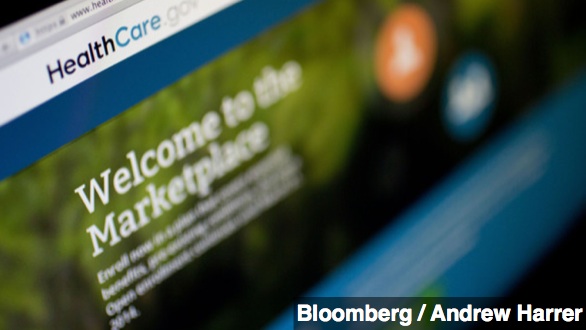 In it's first month, 50,000 people have successfully enrolled in health insurance through the federal website. The Obama administration’s target for October was 500,000.

A reported 50,000 people have enrolled in Healthcare.gov. Sounds promising, but that’s still way under target. (Via U.S. Department of Health and Human Services)

It’s worth noting, that figure doesn't include those who have enrolled in Medicaid or obtained private insurance in one of the state-run exchanges.

And while the 50,000 is a heck of a lot better than that infamous six — the number reported on Day 1 of the website's launch — it’s not great. (Via Gawker)

Especially considering the administration’s target of 7 million enrolled by March. While the administration says the website is improving daily and will be running smoothly for most users by the end of November, the White House has been lowering expectations in recent days. (Via CBS, ABC)

SEBELIUS: "Enrollment numbers which will be the first month of enrollment are likely to be quite low, given the struggles that people have had in getting access to the site and getting information." (Via WWJ-TV)

A Health and Human Services spokesperson expanded that to the National Journal, liking Healthcare.gov to Massachusetts' problem-plagued health law rollout seven years ago: "We have always anticipated that initial enrollment numbers would be low and increase over time, just as was the experience in Massachusetts."

While the apology tour continues —

“I am sorry that they are finding themselves in this situation.”

— the frustration is growing among lawmakers, including some Democrats seeking to distance themselves from the website. (Via NBC)

North Carolina Senator Kay Hagan, a Democrat, is circulating a letter among other lawmakers demanding an investigation into the website’s launch. (Via Politico)

She's joined by a number of Democrats rallying support for a delay in Obamacare's enrollment period. (Via Fox News)

The White House says nearly 700,000 Americans have completed applications since the website's launch — what's unclear is how many of them have actually purchased an insurance plan.

​Meanwhile, Marilyn Tavenner — she’s the health official charged with managing the rollout — has told a Congressional panel the administration would release enrollment numbers this week. (Via C-SPAN)

As for who’s counted in that tally, The Washington Post reports the administration will include both those who have successfully enrolled and those who have a plan left sitting in their online shopping carts.