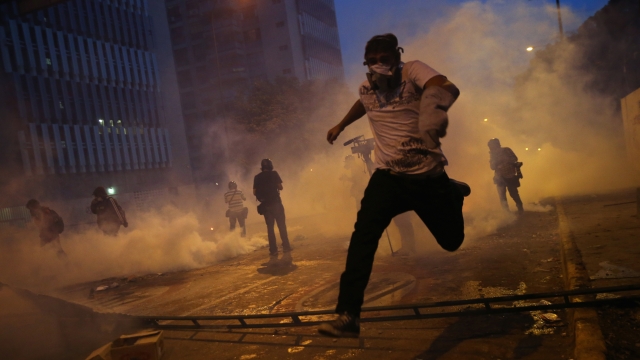 At least 12 Venezuelans were killed as more riots erupted around the nation's capital Thursday night.

Others looted supermarkets and other businesses. The nation is also struggling with food shortages.

Protests and riots are becoming more common in Venezuela. The most recent clashes seem to stem from Maduro's recent attempt at a power grab.

His supporters in the Venezuelan Supreme Court briefly dissolved the government's legislative branch several weeks ago — giving the court the ability to create laws. The ruling was reversed due to backlash, but polls say something like 75 percent of Venezuelans want Maduro gone.