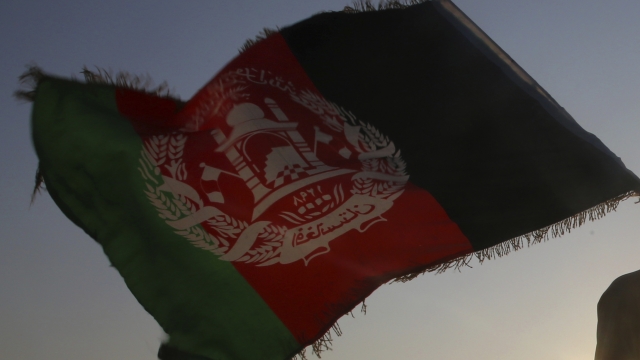 Friday's bombing targeted Sunni Muslims in a province that has been a front line in the battle between the Islamic State group and the Taliban.

A Taliban provincial spokesman says a bomb exploded in a mosque during Friday prayers, wounding at least 15 people in eastern Afghanistan, where Islamic State group militants have been waging a campaign of violence.

Qari Hanif, the government spokesman for Nangarhar Province, said the bomb appeared to have been planted inside the mosque in the town of Traili, located in the mountainous Spin Ghar area outside the provincial capital Jalalabad.

Five attackers were also killed. It was one of the most brazen ISIS attacks yet since the Taliban took control of Afghanistan.

Photos taken by a resident and circulating in social media showed three dead bodies, and the mosque's interior strewn with rubble and broken glass. Hanif did not immediately confirm any deaths.

It was the third major mosque bombing in five weeks in Afghanistan. The earlier attacks came on successive Fridays last month, when IS suicide bombers and gunmen blasted worshippers from Afghanistan's Shiite Muslim minority, first in a mosque in the city of Kunduz, then one in the southern city of Kandahar.

This Friday's bombing targeted Sunni Muslims in a province that has been a front line in the battle between the Islamic State group and the Taliban. IS militants have been carrying out nearly daily shootings and bombings against Taliban fighters in Nangarhar Province.

Since coming to power in Afghanistan three months ago, the Taliban have been waging a counterinsurgency campaign, vowing to put down the threat from IS.

IS is an enemy of the Taliban. The two groups share a hardline interpretation of Islam and over the years engaged in some of the same violent tactics, such as suicide bombings. However, the Taliban have focused on seizing control of Afghanistan, while IS adheres to global jihad.

On Wednesday, a spokesman for the Taliban intelligence service told reporters in Kabul that the agency has arrested close to 600 IS members, including key figures and financial supporters. The spokesman, Khalil Hamraz, said at least 33 IS members have been killed in gun battles with Taliban security forces.