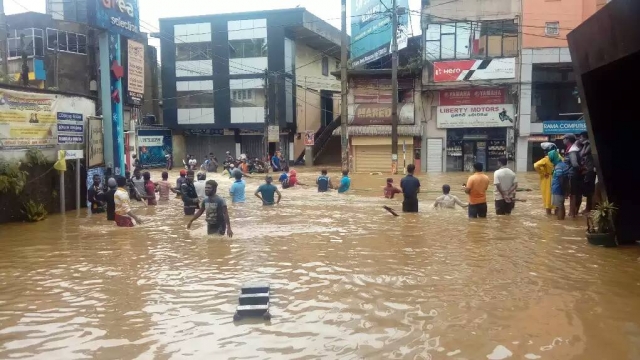 At least 180 people are dead as severe flooding and landslides continue to wreak havoc in Sri Lanka.

At least 180 people are dead as severe flooding and landslides continue to wreak havoc in Sri Lanka.

According to the Red Cross, more than half a million people have been affected by the floods, which were brought on by "persistent and heavy rains" across the southwestern part of the country.

As of Monday, officials said over 100 people were being treated for injuries, and dozens more were still missing.

Authorities in Sri Lanka are still searching for survivors after a giant garbage dump collapsed near the country's capital.

Red Cross workers and volunteers in the area are distributing supplies, giving first aid and aiding with search-and-rescue operations.

The United Nations, the World Health Organization and Indian officials are also lending a helping hand.

Emergency responders are racing to rescue the stranded as the death toll is expected to rise even more. Authorities have also warned of the possibility of crocodile attacks.

Officials say this is the worst flooding Sri Lanka has seen since 2003.