At Least 2 Dead In Historic French And Italian Floods 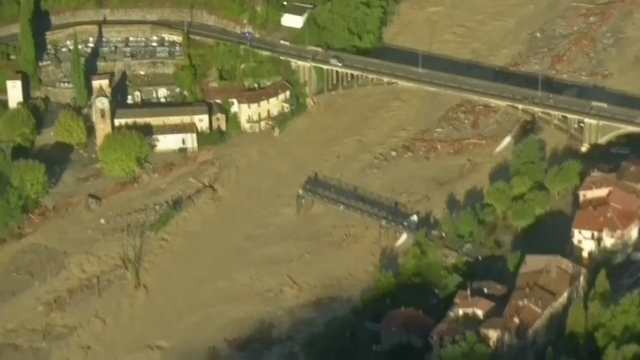 At least two are dead in floods that hit the border of France and Italy Saturday. At least 20 people are still missing and many lost almost everything they had.

The deaths include a volunteer firefighter who was hit by a falling tree. Two more firefighters are missing after their vehicle was carried away by the waters. Six of those missing are German travelers who haven't returned from mountain climbing.

Flooding from the storm is described as historic. The Associated Press reports almost a year's worth of rain fell in less than 12 hours.

On the French Riviera near the city of Nice, France, houses have washed away and roads have been destroyed. A French energy company said more than 10,000 people were without power Sunday.

Firefighters and soldiers were still searching Sunday for the missing and providing emergency supplies for isolated villages. France released emergency funding for rescue and recovery efforts.