At Least 2 Dead In Shooting Outside Kansas City Nightclub 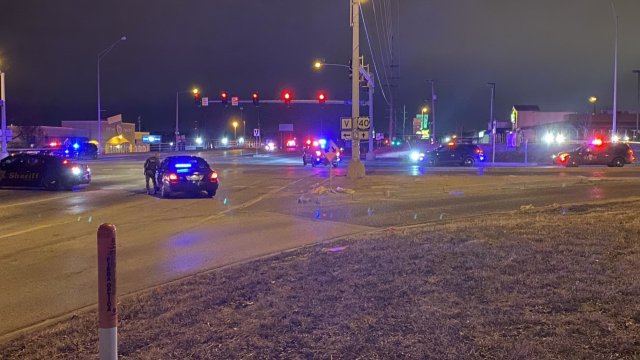 Authorities said at least 15 other victims arrived at area hospitals with injuries.

At least two people are dead and more than a dozen others injured after a shooting outside a nightclub in Kansas City, Missouri.

According to the Kansas City Police Department, officers were called to the scene at about 11:30 p.m. local time Sunday.

Newsy's colleagues at KSHB reported that's approximately when the suspect opened fire at people standing in line outside the 9ine Ultra Lounge.

When officers arrived, they found the bodies of a woman and a man. Police believe the man was the shooter. Authorities said at least 15 other victims arrived at area hospitals with injuries. As of Monday morning, three of those people were in critical condition.

A motive for the shooting is still unclear. An investigation into the incident is currently underway.