At Least 2 Victims Dead After Shooting In Toronto Neighborhood 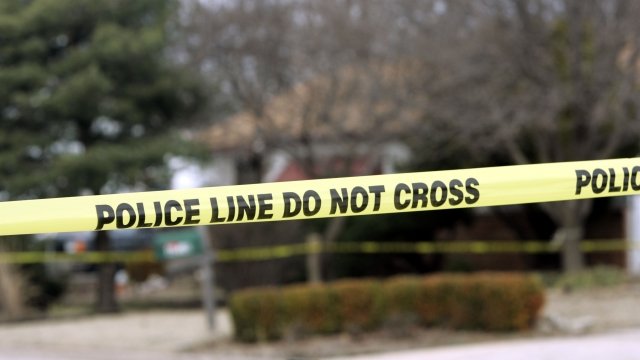 As of late Sunday, investigators didn't know the suspect's motive. But officials are reportedly looking into all possibilities, including terrorism.

At least two people are dead and 12 others are injured after a gunman opened fire in Toronto's Greektown neighborhood Sunday night.

Toronto Police Chief Mark Saunders told reporters the suspected shooter later died — but noted it's unclear if it was self-inflicted or if it happened while exchanging gunfire with police. No officers were hurt.

As of late Sunday, investigators didn't know the suspect's motive. But Saunders said officials were looking into all possibilities, including terrorism.

A police spokesman said one of the shooting victims was in critical condition Sunday. The conditions of the other people who were injured is unknown.

While addressing Toronto's city council Monday, Mayor John Tory pushed for more gun control in the region after the shooting, saying there were too many people carrying guns who shouldn't have them.

"You've heard me ask the question why anybody would need to buy 10 or 20 guns, which they can lawfully do under the present laws," Tory said. "That leads to another question. We need to discuss why does anyone in this city need to have a gun at all?"

Tory said it was worthwhile to have a gun control discussion, even if new laws did not prevent every tragedy.