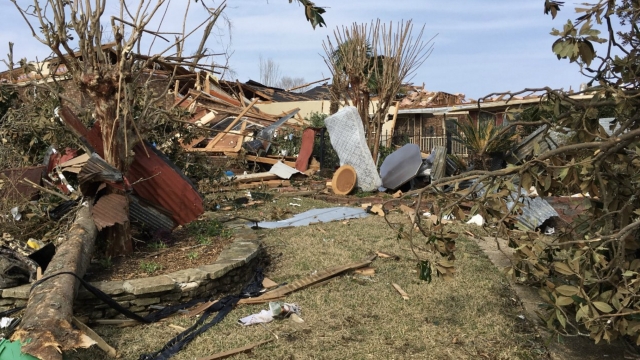 Dozens of tornadoes ripped through the Southeast over the weekend, killing more people in just 48 hours than in all of 2016.

As of Monday morning, emergency officials say at least 20 people died and dozens more were injured as a series of violent storms made its way across the region.

The Georgia Emergency Management Agency confirmed 15 of those deaths occurred in four  counties in the southern part of the state. And officials reported four deaths in Mississippi and one in Florida.

You're more likely to see a string of tornadoes today than you were 50 years ago, but scientists aren't sure what the cause is.

This storm system already makes tornadoes in 2017 more deadly than last year. The total number of tornado deaths in 2016 only came to 17.

It's unusual for such a deadly string of tornadoes to occur so early in the year.

But January tornado outbreaks aren't unheard of. According to the Storm Prediction Center, the U.S. saw an average of 16 tornadoes in January during the past three years.