At Least 200 Active-Duty Military Police To Be Deployed In D.C. 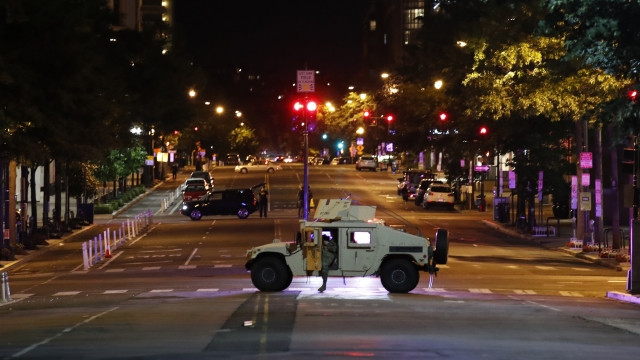 A battalion of at least 200 military police are reportedly being deployed in Washington, D.C., to help handle protesters.

Three U.S. defense officials told CNN the active-duty troops were on their way to the nation's capital and could arrive as soon as Tuesday evening.

Since D.C. is a federal district and not a state, the president can order military personnel to the city without local leaders' input. CNN reports the troops will operate as security but won't make arrests.

Protests have continued for over a week now over the death of George Floyd, a Black man who died after a White police officer pressed a knee to his neck. As the protests have spread across the country, some have led to violence and property destruction.

President Trump has threatened states and local leaders with the Insurrection Act — which lets him send the military to states to suppress disorder — if they don't take action to control the protests.