At Least 24 People Dead After Tornadoes Tear Through Tennessee 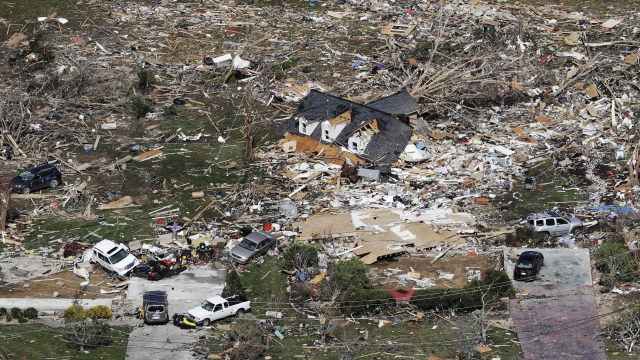 The storms left behind scattered remnants of what used to be in four different counties.

Officials in Tennessee say at least 24 people are dead after multiple tornadoes tore through Nashville and other central parts of the state early Tuesday morning. Authorities originally said 25 people had died, but later determined one of the deaths was not caused by the storms.

The storms left behind scattered remnants of what used to be in four counties. Roofs were ripped off, houses were demolished and vehicles were flipped over. Gov. Bill Lee said as people see buildings and neighborhoods destroyed, it's important to remember that lives are behind that rubble.

"Behind every pile, it really represents people. It's businesses that are lost, it's families that are hurting. ...  Hope comes not from our response, but hope comes from Tennesseans reaching out to help Tennesseans."

The tornadoes prompted the Tennessee Emergency Management Agency to declare a level three state of emergency. And Nashville Electric says tens of thousands of customers were still without power Wednesday.

Several school districts in the area said they'll remain closed for the rest of the week. The tornadoes also prompted election officials to set up some alternative polling stations Tuesday for Tennessee's primary election. That's because some of the original polling sites were either without power or were damaged.

"Our hearts are full of sorrow for the lives that were lost. ... We send our love and our prayers of the nation to every family that was affected," President Trump said Tuesday.

The president said FEMA is already on the ground, and he will visit Tennessee on Friday.